Review of Trading with the Gods DVD Course 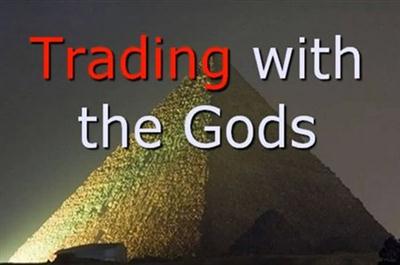 I just finished a pirated version of Trading with the Gods given to me by a friend.. He thought I’d like it and well… I can’t pass up a free educational course on trading right now… Sorry Alan! But at least I can give you this great review as a way of saying thank you! Right?

Sure why not? It’s better then nothing! Hey and check this out. I’m even linking to you! Hurray for a diversified backlink portfolio! Any way lets get to this! Trading with the Gods is to say… JUST THAT! You are literally are tapping into a mathematical sequence of events that happen if we like it or not. So with that knowledge you can then watch the same patterns unfold on to the markets! It’s also called the Law of Vibration in the market world… But most people know it as, the Fibonacci Sequence. In many charting programs you’ll see some tools used by those that look deeper into the flow of the market in such ways.

One person that did that the best lived back in the early 1900’s his name was William D. Gann. This guy “predicted” price movements months and years in advance! He would get it EXACT! But you should also know that back then the stock market moved in intervals of 1/8ths when it came down to sub penny prices. So he would predict that wheat would move to 150.15 7/8’s and he would ding it right on the spot. He discovered some amazing things being a super mathematical guy as well as a Freemason! The guy dabbled in the esoteric as well, which was not so much discussed in his books and findings, mostly just passed down from people who knew him!

He had a lot up his sleeve, even going as far as looking into astrological events and movements of energy! Because lets face it, if you believe in a Fibonacci sequence you also know and can easily believe that the energy we pass through changes the way people think, full moons actually do control peoples thoughts and their physiological state! But lets get back on track. Trading with the Gods goes over very important states of the market as well as the very important Fibonacci numbers.

To basically not make this super complicated it might be best to understand that these numbers are moved around on a decimal point and at points finds the pi ratio in many cases and can represent many different states. But what I got out of this the most was learning the Fibonacci retracement tool … which you can learn about HERE. But then Alan goes over how Gann also found Fibonacci in time and at during cycles of time it would rise or fall. Basically giving you a heads of market trend changes! Which… I mean c’mon, if you knew just that piece of information, how much do you think it could help decide in your favor if you should short a stock or go long on a stock?

His favorite number that he found was 144… in fact that was a major number he used in time sequences as well as price sequences. In the end there was so many new signals that I learn but the charting platform I’m (TD Ameritrade) only has retracement and a few others.  Basically what I saw was that it would be best to either figure out a “free” market analyst program called Gannalyst V.5 … it’s not really free unless you can some how figure out how to import your own market data into the program.. which I did not, but it’s “free” because in the end you have to pay for a data subscription… Bah!

But Alan was using Market Analyst V7 and that with the Gann indicator tools was like $3,000 … so I could not play around with all the indicators I learn through this DVD. But in the end I saw some amazing patterns and some very clear indicators that could make or break and decision to get in or out of a stock… even these petty little penny stocks!

But in the end to finish this review… because well it’s pretty hard to really talk about this DVD when I could use only a few indicators. But I did successful use a few of these indicators to spot some great break outs! In the end the more indicators to show a trend of a stock the better… in fact that is exactly what W.D Gann said… You should never use just one indicator when deciding a stock break out or break down! I mean, when it comes down to it Alan really help me understand Fibonacci/Gann indicators, I’ve purchased some books on this… some very expensive ones and damn they made it hard as hell to understand. Seemed like it was almost on purpose! But I’m able to understand these other books better because of Alan!

I guess perhaps once I get a program to over this further I’ll have more to say, but currently from what I can do on my own, it’s absolutely on par, and you can review some of this information on youtube if you wish. I’m not going to waste my page rank shooting shit to youtube links if I don’t have to! But hey you can listen to tool lateralus that song is based off of the Fibonacci Sequence if you didn’t yet listen to it! 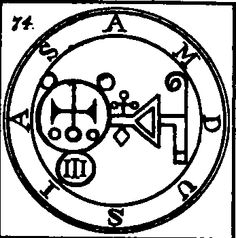